The Houses of Parliament are at risk of a Grenfell-style “inferno” if they are not refurbished immediately. That’s according to the House of Lords’ ceremonial guard, Black Rod.

The outgoing House of Lords official, David Leakey, warned the chambers require urgent restoring if a disaster like the Grenfell fire, which killed 71 residents in June, is to be avoided.

After seven years as Black Rod, the figure responsible for maintaining order in the upper chamber, Leakey told House Magazine: “I know what the risk are here. Knowing the detail that the expert recommendation is that you should do this quick and now, not slowly over time in phases. I know that is necessary in order to prevent another Grenfell Tower happening here. And that’s the point.”

With a full-scale overhaul of the Commons costing £4.3 billion (US$5.7 billion), Leakey called on politicians to stop dragging their feet and find the “courage” to make a decision. If MPs fail to learn from the Grenfell disaster, he warned, there will be a repeat of 1834 fire which burnt down Parliament after it took a decade of “procrastination” over whether to refurbish or not.

“We will again be accused of sitting on our hands. What an embarrassment and a disgrace it would be to our nation if our Parliament suddenly disintegrated in a puff of asbestos because the steam pipes burst in the cavities around this building and the electricity and the IT infrastructure went with them,” Leakey said, the Independent reports. He went on to say that the state of the Commons is at “red risk” – the highest in terms of the probability of a hazardous situation and its potential consequences.

Leakey, however, appreciated why MPs may be reluctant to spend billions on refurbishing their second home, while millions failed to be found for the refurbishment of the 24-story Grenfell tower block in north Kensington.

The Commons’ iconic green benches were simulated with wooden, stackable chairs as a pop-up version of the chamber was built in Westminster Methodist Central Hall this week. 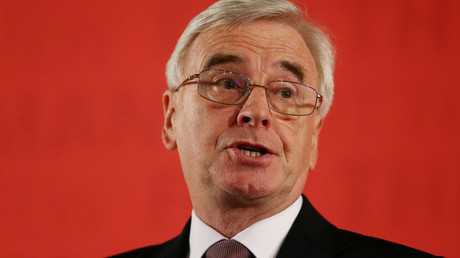 Officials were rehearsing contingency plans in case of sudden flooding, fire, terrorism or another disaster. They want to ensure Parliament can still go about its business in the face of extreme circumstances. The rehearsal was slammed by critics, as it cost taxpayers £600,000.

James Price, campaign manager at the TaxPayers’ Alliance, said: “It’s important that the parliamentary authorities have contingency plans in place for emergencies, but £600,000 and building a replica Commons chamber seems like overkill.”

He told the Daily Mirror: “The money that was spent on this over-the-top test is money that can’t be spent renovating Parliament, or better yet spent on essential frontline services.

"In the future, those responsible should think more deeply about the amount of taxpayers’ money they splash on wasteful projects like this.”