Bomb-making guides similar to the instructions used by the suspect in last week’s New York subway attack are still easy to find online, despite repeated promises by Google to block such material from appearing in search results.

RT correspondent Jacqueline Vouga used Google to locate manuals authored by Al-Qaeda and Islamic State (IS, formerly ISIS) which provide step-by-step instructions in English on how to construct a device similar to that allegedly used by the 27-year-old New York City bomb suspect Akayed Ullah on December 11. Vouga says it took her less than 10 minutes to find the cookbook – demonstrating that you don’t need access to the dark web to find extremist content.

Ullah, who immigrated to the US from Bangladesh, allegedly followed online instructions to make a homemade pipe bomb, which he detonated in a New York City subway passage, injuring himself and at least three commuters.

In June, Kent Walter, Google’s senior vice president, pledged that the company would work with government, law enforcement and civil society groups to “tackle the problem of violent extremism.” He added that there “should be no place for terrorist content on our services.”

“Anyone can just start a new [website]. Say, for example, your website has maybe terrorist content or activity that’s problematic or could lead to criminal activity. If they shut that down, if Google doesn’t allow it to come up in its search results, another [website] could come up right after,” Breedon said. “So you’re not just looking at things like Google, which would be the search engine that it was found on, but now you’re looking at things like website hosts. These are other private companies, not just Google, who have to look at who is starting a website.”

But Google isn’t the only tech giant that has struggled to put a lid on extremist content. Amazon’s algorithm was recently found to be “suggesting” bomb-making materials to its online shoppers. 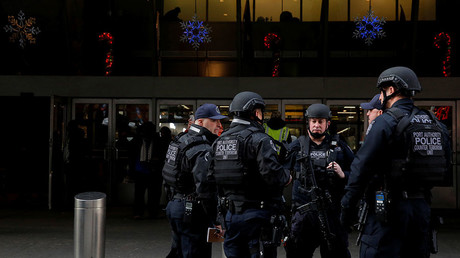 Describing the fight against online extremism as a “cat and mouse game,” Conway acknowledged that it would be nearly impossible to completely and permanently rid the internet of bomb-making manuals and similar extremist material. “I don’t want to say it’s a mission impossible, but it’s very, very difficult to remove – and still live with a free and open internet – all elements of hate and extremism,” said Conway.

Fire at The Manor, One of NJ’s Most Elite Wedding Venues