"Little Foot" is the oldest fossil hominid skeleton ever found in Southern Africa, the lead scientist examining the discovery said on Wednesday.The fossil skeleton takes its name from the small foot bones discovered by scientist Ron Clarke in 1994 when he was sorting through bones in boxes from the Sterkfontein cave system. Even then, Clarke surmised that the fossilized bones came from an Australopithecus species — the smallish, ape-like human ancestors that roamed this part of Africa millions of years ago.In 1997 he found more bones in a cupboard at the medical school of the University of the Witwatersrand. The rest of Little Foot was found embedded in the calcified ancient cave in 1997 and the excavation, cleaning, reconstruction, casting and analysis took 20 years. Much of the work was done deep inside the cave system, working away at concrete-like rock called breccia, using air scribes to avoid breaking the fragile and priceless fossil remains. "The process required extremely careful excavation in the dark environment of the cave. Once the upward-facing surfaces of the skeleton's bones were exposed, the breccia in which the undersides were still embedded had to be carefully undercut and removed in blocks for further cleaning in the lab," said Clarke.The Sterkfontein cave system became famous in the 1930s with the discovery of an adult Australopithecus africanus. 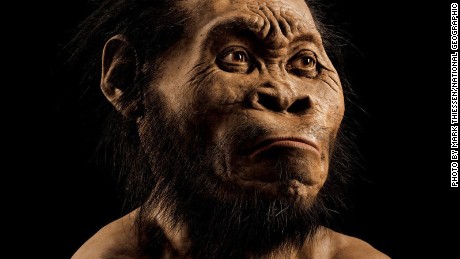 The team says that Little Foot is from a second species, Australopithecus prometheus, which was named back in 1948 from fragmentary fossils. The find reinforces the belief that South Africa was a major cradle of human evolution, featuring diverse hominid ancestors. For years, information has trickled out on the significance of the find, but this is the first time the fossil skeleton will be unveiled in the vault of the University of the Witwatersrand Evolutionary Studies Institute. By placing the fossils at well over 3 million years old, Clarke is bound to reignite a debate about the age of the find, which has been disputed over the years. Some scientists have given it a far more recent place on the human evolutionary tree. "This is one of the most remarkable fossil discoveries made in the history of human origins research and it is a privilege to unveil a finding of this importance," said Clarke. The results of the decades of studies will soon be released in a series of more than 25 scientific papers, the scientists involved say.